What Sort Of Wall Art Do You Like? - Quirky

Goooooooood morning one and all. I hope you had a wonderful week-end. Today I thought I might talk a little bit about one of my favourite types of wall art - the quirky type.

My idea of quirky wall art is something that is not necessarily outlandish but just a little bit different. Something that's likely to catch people's eye by virtue of the fact that it is out of the ordinary and stands out from the crowd. Personally, I think that's kind of fun!

I suppose my 'Cutlery Set' series of images could be described as quirky.  Not that cutlery is out of the ordinary, indeed it is something we see every day and barely even notice, but because in this instance it has been used in such a very different way. The result is a series of images that never seem to fail to catch people's attention. It has been described as creating the extraordinary out of the ordinary, a real conversation starter.

Possibly whenever we as artists create a visual that displays a subject in way that it is not normally seen, it will automatically be considered as unusual and therefore quirky. So the next of my series of images I would like to mention is 'Leaf Lines'. 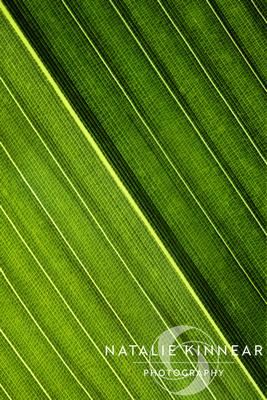 It was when I first started using a 100 mm macro lens, that I began to look at my surroundings in an extremely different way, a much narrower and less all encompassing way. Generally speaking when we are out and about we tend to take in our entire surroundings all at once, we don't tend to look at tiny detail. If we did go about our normal lives concentrating hard on all the detail around us, we would most likely bump into things!

A macro lens enables photographers to get up real close and personal to subjects and capture the intricate nature of its structure that we don't normally see. Use this then to create a design for wall art and we have our different, lesser known, view of the subject.

Here is an article I wrote for Photography Monthly on how I went about creating the 'Leaf Lines' series of images - 'Using a Macro Lens to Photograph Leaves'.

It's not only because I think quirky wall art is fun, different and eye catching that I particularly like it.  It's also because it's exciting and challenging to come up with ideas on how to portray subjects in an unusual way such that they do indeed stand out from the crowd and get noticed. I hope the you enjoy some of the results of my endeavours.